Kharkiv is one of those Ukrainian cities that has been heavily bombed by the russians, and at the same time many cool bands were concentrated here, many of those now scattered throughout Ukraine. We asked about the fate of psychedelic rockers La Horsa Bianca and how we can support their volunteer initiatives to bring Ukraine closer to victory. 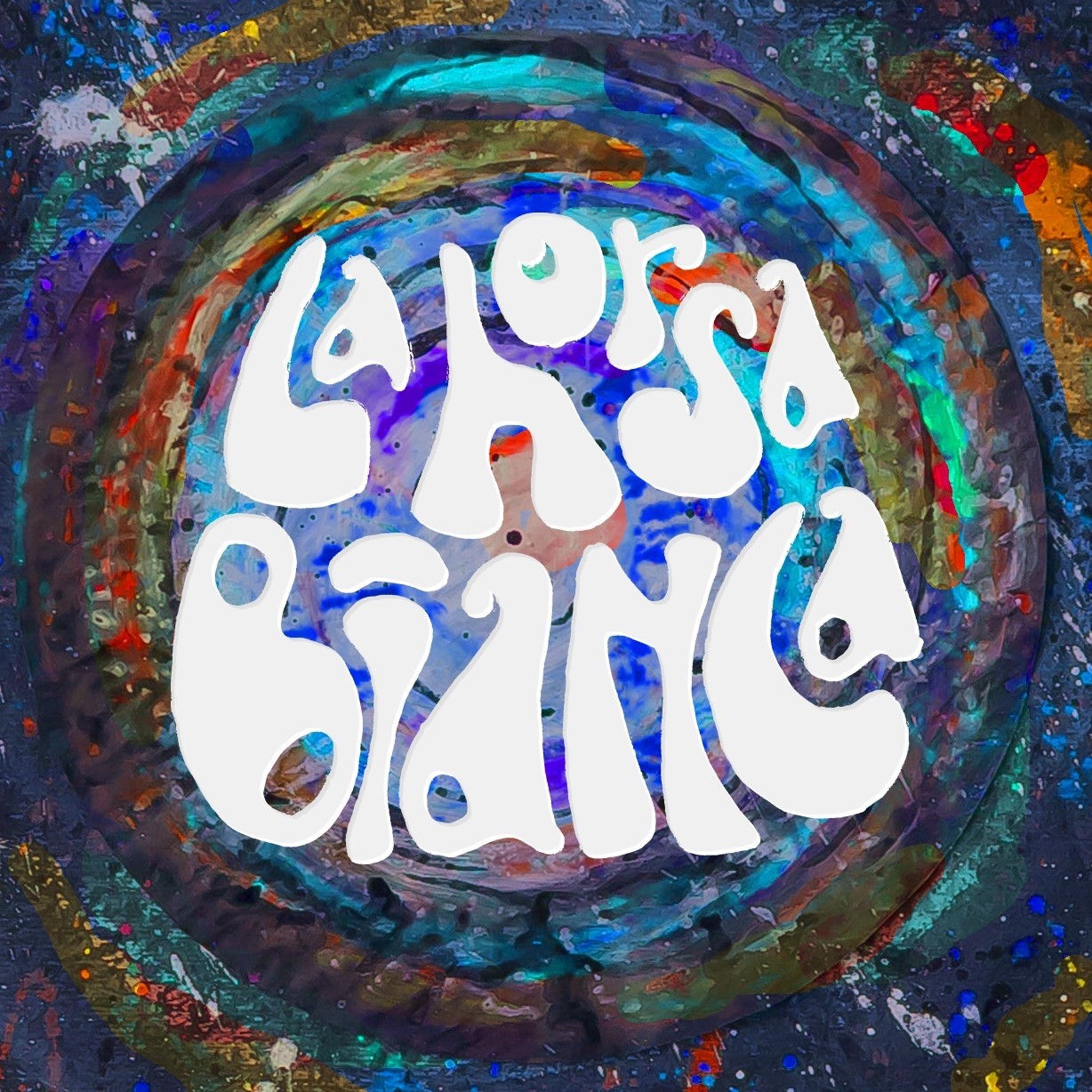 The team has three full-length albums, the last LP "Diluvian Beat" released in December 2020. This is a band with a very colorful sound. Musicians successfully reproduce the era when such psychedelic music was at the peak of popularity in their compositions. 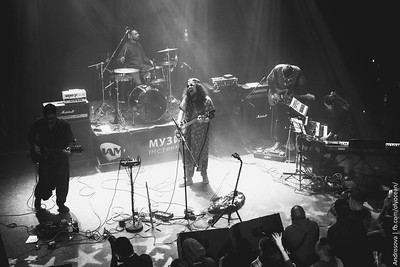 Yevhen Manko (in the center), multi-instrumentalist, founder of La Horsa Bianca,
talks about the band's affairs. Photo by Androsova, 2020

— How are La Horsa Bianca band members doing? How are you spending your time and efforts?

— Our other guitarist Andrew keeps teaching classical guitar — now in the Lviv region. Drummer Igor, with his wife and daughters, is in the Kropyvnytskyi region working as a content editor at an online school and trying his hand at small-scale agriculture. Eugene in the Khmelnytskyi region keeps remotely working his IT job. He recently managed to take part in the War Poetry DJ Set event organized by the Translatorium festival, which raised some money to buy a pickup truck for the Armed Forces. He also helps out our friends from the band Alcohol Ukulele as mixing engineer and sound producer. You may have heard the songs Chornobayivka and Letyt' Bledina. There will be more.

And our keys player Ksendza (Olga Ksendzovska) is abroad working as volunteer coordinator.

— Did anyone remain in Kharkiv?

— Our guitarist Kirill did. He works as a war correspondent, photographing and filming insane amounts of material for worldwide media, Ukrainian media, volunteers and so on. After our victory, he'll be able to tell a lot about how Kharkiv survived during the war.

Some of us have relatives who remained in Kharkiv. It's not a matter of convincing them to leave, it's their well considered decision, which we respect, and keep in touch with them.

— Tell us more about Ksendza's volunteer effort and who it is she's helping.

— Ksendza works in the volunteer charity Dopomoha.Kharkiv, her job is task coordination and raising funds for purchase of medical goods. Dopomoha.Kharkiv operate in the Kharkiv region and support hospitals (by purchasing supplies and equipment) and elderly/limited mobility people in need of evacuation or delivery of medicine or food.

You can help her work by donating: 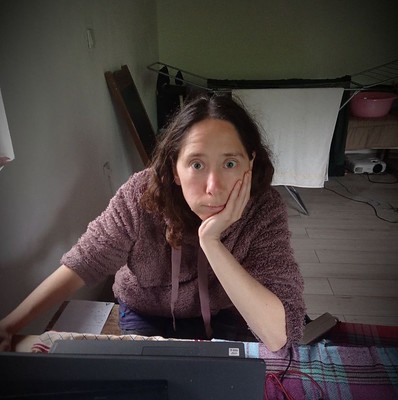 — I also saw your vinyl fundraising. Are there any copies left and who organized this release?

— The vinyl fundraising is something suggested to us by our friend Dovilis from Vilnius, who cut our Trumpets of the Latter Day single on his lathe back in 2020. His idea was to make 7" picture disc singles and sell them for Ukrainian benefit. We agreed on the spot, identified our two shortest tracks that can fit onto a 7 inch using a cutter, dug out a previously unreleased bit of live improvisation from 2018 and used a few of Ksendza's existing paintings for the artwork.

The singles are sold at €25 (or more) apiece; Dovilis gives all the proceeds to our volunteer friends currently in Vilnius, who purchase equipment for the Armed Forces and send it from Lithuania to Ukraine. Dovilis says there's only 6 records left out of the 30 that he made.

— Do you now have the inspiration and the opportunity to make new music?

— Not all of us have a lot of opportunity, and we can't get together because we're so scattered geographically. But there are a few experimental ideas that we may give a try. We'll see how it goes.

— How do you imagine the band's future in the current situation?

— Difficult to answer. We put a lot of effort into our ability to listen and hear each other in the same space and time, no matter whether we play a learned piece or improvise. This is our (super)power that we can't use right now. So it remains to be seen how our band can exist as a virtual entity.