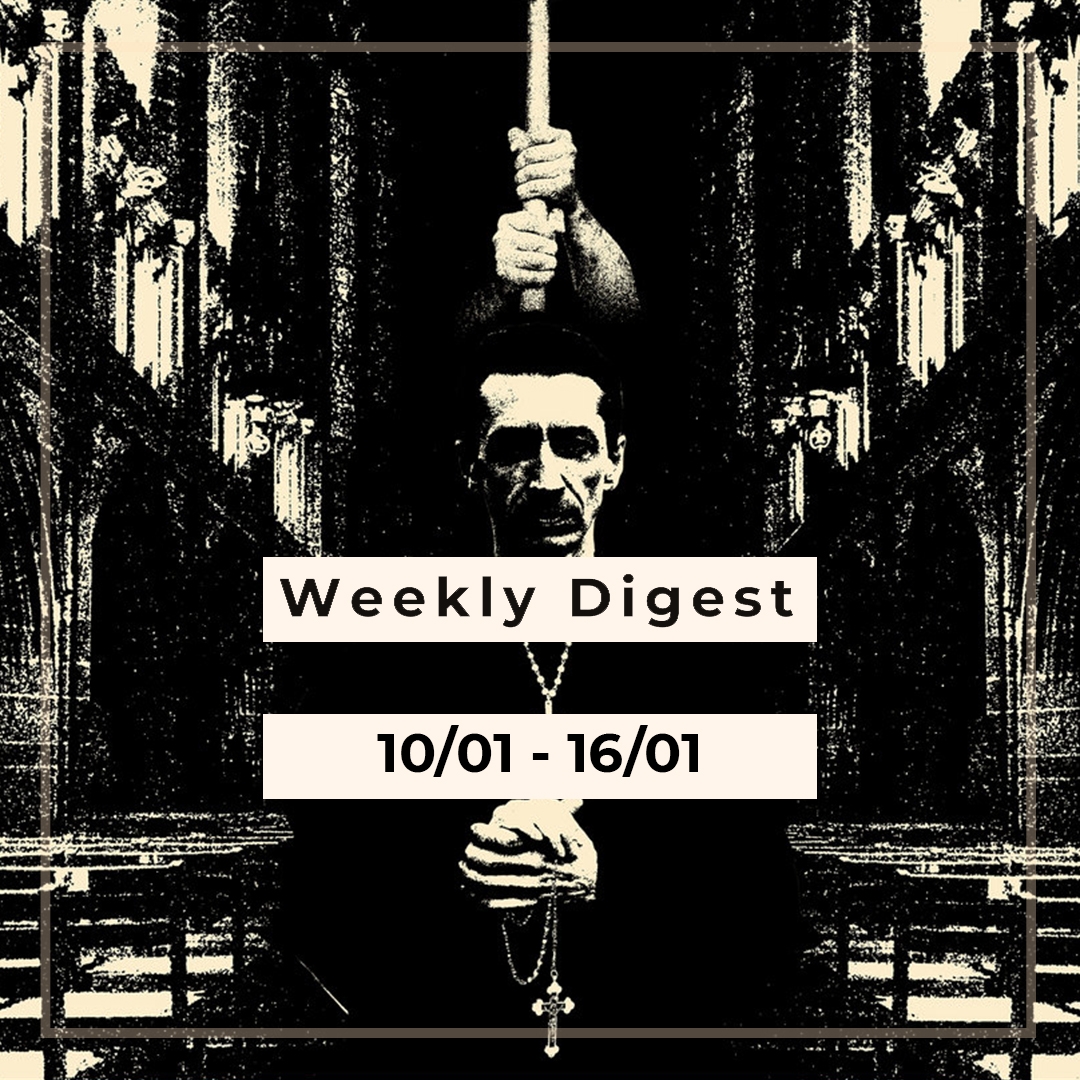 It’s Friday, so the time for new releases has come! Veterans such as Elvis Costello and Tony Martin, death metal madness by Party Cannon, hypnotizing black metal by Wiegedood, emotional post-rock by Toundra, and also crust, deathcore and metalcore in our Weekly Digest.

On their second full-length album, Australians Descent continue to develop their blackened hardcore/death metal. That's right, "Order Of Chaos" sounds not just like hardcore kids started playing death metal, which we got used to in recent years, more like they started playing Behemoth without leaving mosh moments behind. Sounds juicy.

Elvis Costello & The Imposters — The Boy Named If

Long live Elvis Costello! It's so nice when a man who released hits in the same era as Ramones and Bob Dylan still creates music in which the same Elvis Costello is unmistakably recognizable, although radio is no longer a sound salvation in 2022.

Fit For An Autopsy — Oh What The Future Holds

Don't you think that the deathcore band from New Jersey Fit For An Autopsy, after signing on to Nuclear Blast, has become a melodic death metal band? "In Shadows" generally has some In Flames vibes ... I don't know, I don't know ... I've never been an ardent fan of them, but still, as for me, the band made a wrong turn after 2017.

The legendary Black Sabbath fifth vocalist Tony Martin still has incredibly powerful vocals. His third full-length album "Thorns" is "dad rock" in the best sense of the word, music that makes it hard not to throw a devil horns.

Spanish post-rock band Toundra is gradually becoming my favorite post-rock band. Just appreciate what beautiful videos they made for 3 parts of "El Odio". Originally, "El Odio" ("hate" from Spanish) should sound like a monolithic 22-minute track, that occupies the entire side of A on the record. The album "Hex" is a real emotional musical journey, exciting, sad and very beautiful.

The seventh full-length album of American metalcore outfit Underoath. All according to tradition, although those who listened to them being angsty 15 years old have already turned 30 years and most likely have their pants wider and their hairstyle is more classic.

Wiegedood — There’s Always Blood At The End Of The Road

Along with Amenra, Oathbreaker and others, Wiegedood is a member of Church Of Ra Collective and is known for its mesmerizing music, which is not at all typical of black metal bands. But Wiegedood definitely does not play standard black metal. Listener has something to cling to on this album and it is definitely more than one listening needed to appreciate the work..

As you may have guessed from the name, you will find metal punk inspired by Discharge, Venom, Darkthrone, and Motorhead – fast, dirty, and with a strong smell of beer and cigarettes. Accelerate!